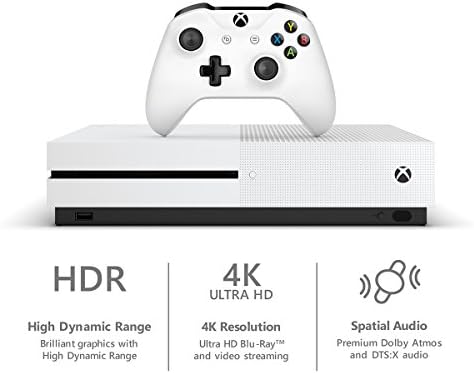 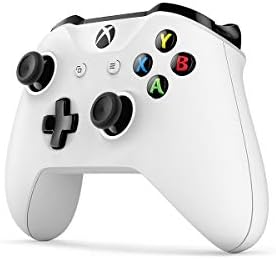 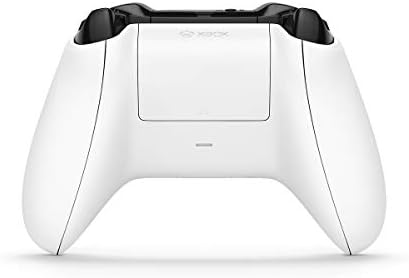 Join the ranks with Battlefield V on Xbox One S. Pre-order the Xbox One S Battlefield V Bundle and enter mankind’s greatest conflict as Battlefield goes back to its roots: world war 2. Join the ranks with a full-game download of Battlefield V Deluxe Edition containing paratrooper apparel for you company of soldiers, special assignments, and weekly airlifts. Whether you’re rallying your troops, watching 4K movies, or streaming gameplay, there’s never been a better time to game with Xbox One. (Game requires Xbox live Gold, sold separately). Genre shooter, Multiplayer online 2 to 64 players.
Bundle includes: Xbox One S console, full game downloads of Battlefield V Deluxe Edition, Battlefield: 1943, and Battlefield 1 Revolution, 1 month Xbox Game Pass trial with access to over 100+ games, 14 day Xbox Live Gold trial, and 1 month EA Access
Includes full game downloads of Battlefield: 1943 and Battlefield 1 Revolution (including Premium Pass, Expansions: They Shall Not Pass, In the Name of the Tsar, Turning Tides, Apocalypse, and 14 Superior Battle packs & unique dog tags)
Lead your Company in all out multiplayer with new experiences like the massive Grand Operations on the fastest, most reliable gaming network
Play over 1,300 games including more than 200 exclusives and over 400 classics from Xbox 360 and Original Xbox
Xbox One family settings let you choose privacy, screen time, and content limits for each member of the family

Added to wishlistRemoved from wishlist 0
$92.99